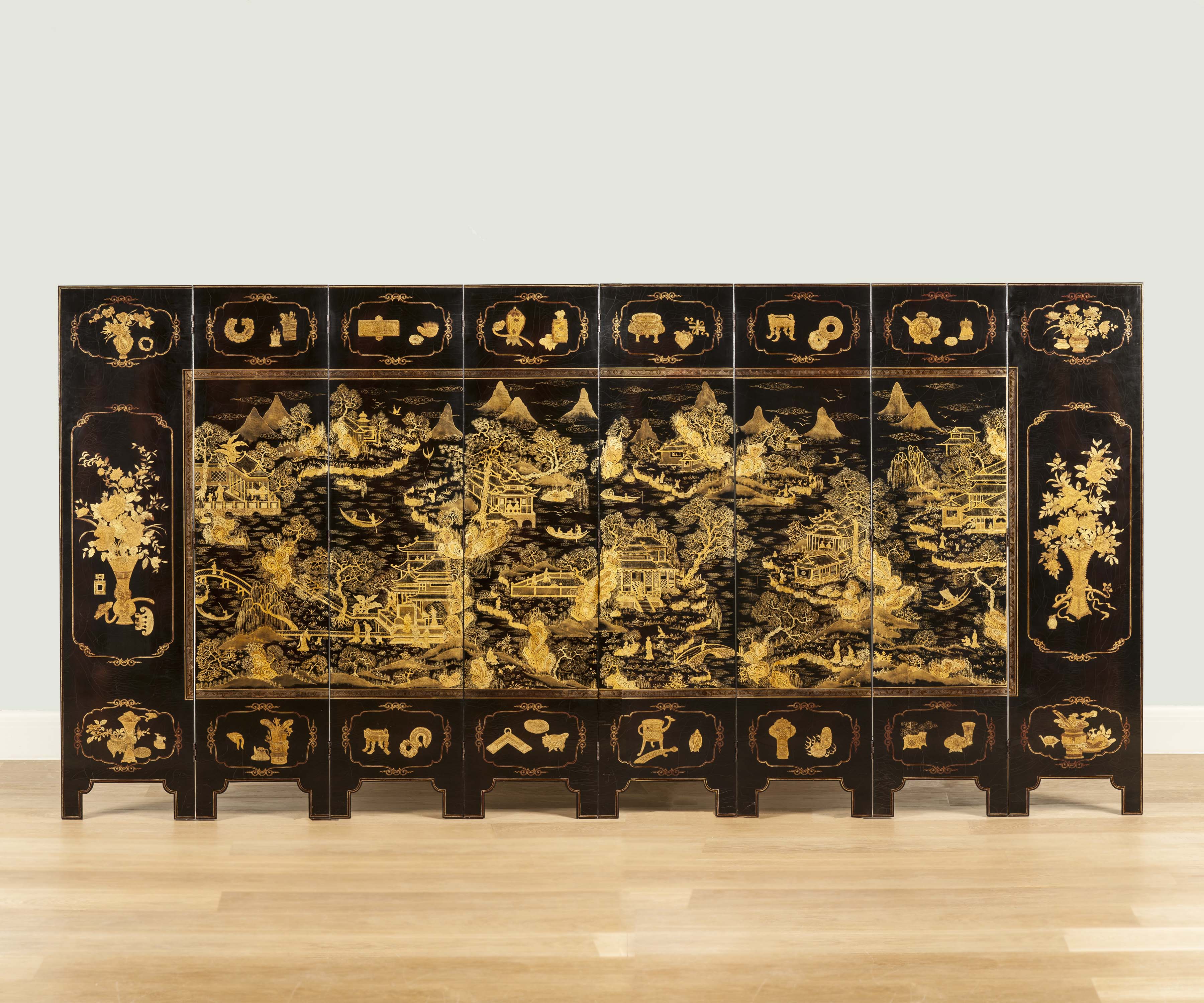 In the British Museum lies a preserved duck billed platypus. In the eighteenth century, the descriptions of this absurdly unbelievable animal which were reaching London seemed so preposterous that its existence was fiercely debated and bet against. It was not until specimens started arriving in London in sufficient numbers that their existence was accepted. 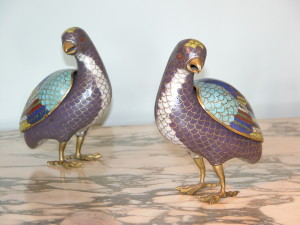 We use this example as a comparison to our current age of instant access, with a quick google search, to information about everything from everywhere. Have we lost the sense of wonder and excitement at discovering something foreign and exotic? 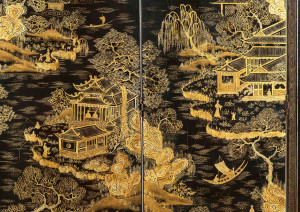 Back in the Eighteenth century the Western world had already been trading with the East for over 100 years yet still it retained its marvellous sense of the mysterious, and was certainly still capable of inspiring some of the most exuberant and fanciful decorative art of any period. We are referring, of course, to Chinoiserie, and in a timely manner we are tipping our hat to Asian Art Week.

English furniture of the eighteenth century is rife with Chinese influence, indeed an entire genre is referred to as Chinese Chippendale. So powerful were the images and descriptions reaching England from China that there were no less than three distinct periods of Chinoiserie style, culminating in possibly the most 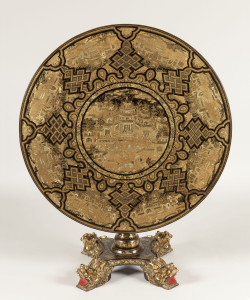 extraordinary example of architectural creations in the Regency Period – the Brighton Pavilion.

It is important to note a distinction about Chinese style and the eighteenth century. Whilst Chinoiserie refers to the decorative arts produced in Europe and inspired by the Chinese, also available at this time were the goods created in China for export to Europe, what we now refer to as Chinese Export Ware. The tables illustrated here provide us with a very good comparison of the two different approaches. 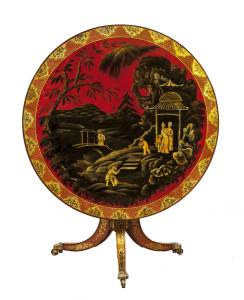 Chinese export furniture and decorative arts found a more than ready market in the European homes of the eighteenth and nineteenth centuries and has never waned in popularity since. In recent years a number of major collections have been formed and whilst the market is still priced accessibly it can only be a matter of time before Chinoiserie and Chinese Export Ware finds favour amongst Chinese collectors and demand outstrips the supply of great pieces.

For further reading on this subject, see Sheila Gibson-Stoodley’s article for Art & Antiques Magazine which can be found here.